A downloadable game for Windows, macOS, and Linux

What if the Tower of Babel Never Fell?

Experience an old-school fantasy JRPG with biblical and Shakespearean allusions!

As you awake, your father—the King of Achaea—greets you with the following message:

"Caspian, as it is now your sixteenth birthday, it is time for you to prove your worth as the heir to Achaea's throne. You must first show your ties to the dragon, Fafnir, by awakening him from his slumber. Only then can you fly to the Tower of Babel. Once at the top of the tower, you will be able to receive the Mandate of Heaven. Don't fret, you don't need to do this alone; I have made arrangements with Ruth's Tavern in order for you to gain companions for your journey! In addition, here's 1000G in order to properly equip you and your companions and a world map so that you never get lost. Good luck on your quest! Godspeed!"

...and with his parting words, you set off on your adventure!

Romancing Monarchy is an old-school fantasy JRPG heavily inspired by classic 8-bit RPGs. As the Prince of Achaea, it is your duty to obtain the Mandate of Heaven to continue your family's rule over the kingdom. After assembling a party of four at Ruth's Tavern, you set off to explore the world in search of the Mandate, while meeting new faces on the way.

Cleric -- Focuses on healing the party.

Paladin -- Focuses on defending and healing.

Princess -- Mix between an Mariner, Ranger, and Crusader.

Lord -- Mix between a Paladin and Armamentalist.

Maid -- Mix between a Mage and Scholar.

In order to download this game you must purchase it at or above the minimum price of $2.99 USD. You will get access to the following files:

Hello, it appears the mac demo download isn't working. I'm wondering if i'll have the same problem if I buy the full game?

Hi khaleesijamie, I'm sorry that the demo isn't working for you! I currently do not have access to a Mac, so I'm not able to test the problem. Could you please describe what occurred? I also have the demo available here: https://rpgmaker.net/games/10503/downloads/

I just get an error message saying 'the application  "game" cannot be opened'. I don't usually have problems opening files of the same type so that   leads me  to believe there's some kind  of corrupt  file in it?  I tried downloading twice just  to  make sure it wasn't a one off glitch but I got the same result

I have just re-uploaded the demo to see if it will now work. Thank you for your patience; I'm sorry for the inconvenience.

Are you guys doing any projects right now?

I have plans to create more games in the future, but I don't have any projects in progress right now. Thank you for your interest!

Well maybe I can pitch my game project to you guys and see if you'd be interested in helping with developing it?

Thank you for the Linux support !

No problem! Thank you for your interest in Romancing Monarchy!

Hi, I just bought the game today and I am currently playing it (Windows version) but the save option is not working. I've tried saving a lot of times but the option doesn't seem to work at all. Can you please fix this so that I can re-download?

Saving the game will only work on the world map. You will not be able to save the game outside of the world map until you complete a side-quest later in the game. Sorry for any confusion this may have caused, and thank you for your purchase!

Oh ok, I had just started yesterday and tried saving numerous times and I thought it was a bug or something. I haven't reached that point yet, I'll start playing till I reach the side-quest. Thanks a lot for clarifying my doubts and no problemo, I've always been an avid fan of pixelated RPG's! Thanks once again ✌(⌯⚈ै〰̇⚈ै)✌

Edit: I have downloaded the re-uploaded version of the game and as soon as I start, I get this error and the game just gets stuck there. Just wanted to let you know...(PS. IT was not my major *sobs* I wish it was tho :')

Sorry about that, Mirael! I just updated the game to fix it; it should be good to go now!

This game is amazing. I love the music, the graphics, almost everything. The map design is great, the backstory is awesome, but I didn't get a great sense of direction from the game. I felt like I was a wandering traveler in this vast world. As a prince you should have more direction as where to go. I did however enjoy how the NPCs all gave good information as to what was going on. Overall this is a great game.

Thank you for your review; I'm so glad you enjoyed the game!

You went into great detail. I posted it via twitter so hopefully some more gamers show interest

Thank you so much, I appreciate it!

Hey, I purchased the game not realizing that the full version was only for Mac. Is there anyway to get the version for windows?

Thank you for your purchase!

At the time you purchased the game, I was updating my downloads to fix a bug I had recently noticed.  Right now, the full version should be available for Windows, Mac OS X, and Linux.

Sorry for any inconvenience this may have caused!

Thank you so much. This game looks amazing and I myself enjoy the DS tileset. I'll be sure to leave a review upon completion.

Thank you, I really appreciate it! I hope you enjoy the game! 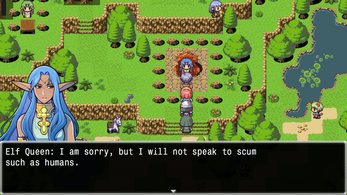 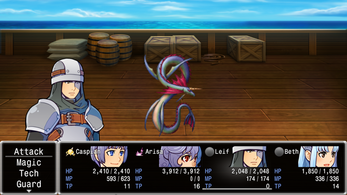 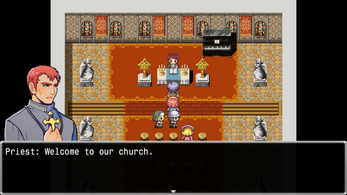 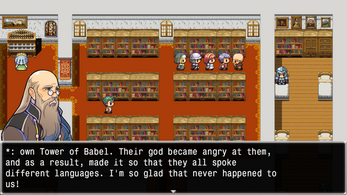 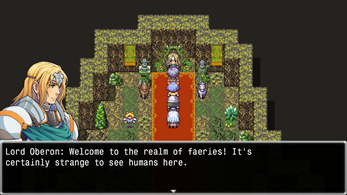 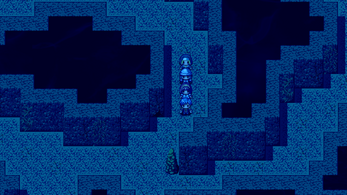 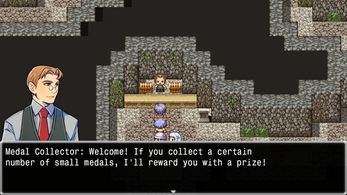 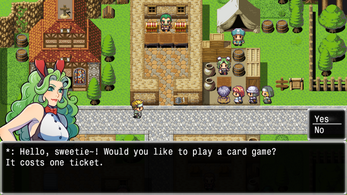